By MARTIN BECKFORD FOR THE DAILY MAIL

Lord Frost today urges his former Cabinet colleagues to scrap their ‘unsatisfactory’ and ‘un-Conservative’ plans to clean up the internet.

The Tory peer claims the Online Safety Bill contains so many flaws ‘it is hard to know where to start’.

He singles out for criticism the fact that it will outlaw comments on social media that would be legal in the real world.

Lord Frost, the former Brexit minister, says the move will be ‘highly damaging’ to free speech and will benefit only the ‘perennially offended’ who want to be protected from anything they disagree with.

He says: ‘A Conservative Government should not be putting this view into law. The best thing the Government could do would be to slim down the Bill so they can proceed rapidly with the genuinely uncontroversial aspects, and consign the rest where it belongs – the wastepaper basket.’ 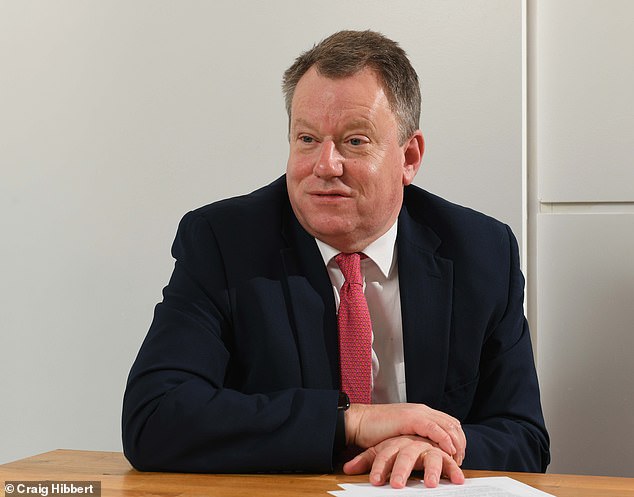 Lord Frost, the former Brexit minister, said the Online Safety Bill will be ‘highly damaging’ to free speech and will benefit only the ‘perennially offended’

His forthright comments, echoed by two other former Cabinet ministers – David Davis and Liam Fox – come in response to a briefing published today by the Institute of Economic Affairs (IEA) think-tank, which says the planned law’s ‘scope, complexity and reach are breathtaking’.

Former Brexit Secretary Mr Davis said: ‘The Bill could end up being one of the most significant accidental infringements on free speech in modern times.’

The IEA report focuses on the likely consequences of the Bill’s threats to impose huge fines on tech giants unless they make the internet safer.

As well as forcing social media companies to delete illegal content, such as child abuse imagery, they will also have to try to get rid of some ‘hate crime offences’, even though they would be allowed in the real world because of freedom of expression protections.

A new offence of circulating fake news will lead to ‘those who are easily offended or who are acting in bad faith’ to get material wiped by claiming it is ‘intentionally false or psychologically distressing’.

Although ministers say online platforms will have to notify news publishers of any intention to delete an article, an amendment introducing this protection has not yet appeared.

Tech firms will also be required to protect users from anything deemed ‘legal but harmful’.

This could cover anything from debate about the origins of Covid to climate change scepticism, and is likely to lead to over-cautious companies deleting anything they fear will be controversial.