Amidst ‘war-like situation’, UK and Russia have deployed their armed forces near Poland-Belarus border 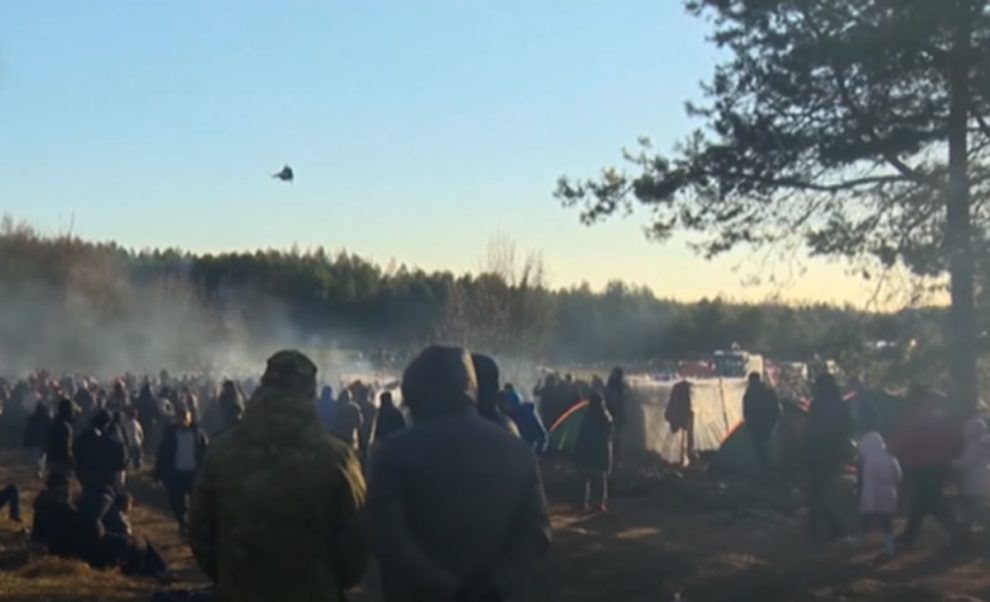 The European Union has accused Belarus of launching a “hybrid attack” on the bloc by encouraging thousands of migrants fleeing poverty and war-torn areas to attempt to cross into Poland, and is preparing to impose new sanctions on Minsk.

After an influx of migrants attempting to enter the EU triggered a military buildup by the two opposing sides, the UK has deployed “a small team” of armed forces to Poland amid the ongoing border crisis with Belarus.

The soldiers were deployed to Poland, according to the Ministry of Defence (MoD) on Friday. “To address the ongoing situation at the Belarus border.” The MoD said: “The UK and Poland have a long history of friendship and are Nato allies.

“A small team of UK armed forces personnel have deployed following an agreement with the Polish government to explore how we can provide engineering support to address the ongoing situation at the Belarus border,” UK’s ITV reported.

On the other side, Russia announced on Friday that it had sent paratroopers to Belarus as a show of support for its ally, following Poland’s deployment of thousands of soldiers to fortify its border.

According to the Russian Defense Ministry, troops will parachute from Il-76 transport planes into Belarus’ Grodno region, which borders Poland, and the two armies will conduct joint military exercises.

Thousands of migrants, mostly from the Middle East, have attempted to enter Poland from Belarus in recent days, sparking a major diplomatic crisis between the two countries as well as the EU.

Poland has accused Belarus of causing the crisis on purpose by directing migrants to the border in response to EU sanctions imposed on President Alexander Lukashenko’s autocratic regime.

US on Belarus-Poland situation

The US is “very concerned” about the situation at the Poland-Belarus border, US Vice President Kamala Harris said on Friday.

After a day of rapid-fire developments sparked fears of war on Europe’s eastern border, the United States has warned that it is ‘looking at the tools it has’ to deal with Belarus.

One thought on “Boris Johnson et al sending troops at the border of Belarus, the only country in Europe to refuse & resist the biopfascist coup (NO LOCKDOWNS, MASK OR “VACCINE” MANDATES IN BELARUS)”