Just a reminder how our world is working!

A third of the experts advising the World Health Organisation about the swine flu pandemic had ties to drugs firms, it has emerged.

Five of the 15 specialists who sat on the emergency committee had received funding from pharmaceutical giants, or were linked to them through their research.

The revelation will prompt speculation that the ‘pandemic’ was wildly overestimated and largely fuelled by the drugs industry who stood to benefit from the panic. 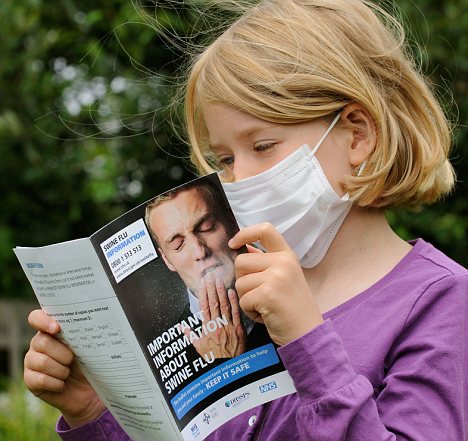 Last month it emerged that the Government had spent more than £1.2 billion tackling swine flu – most of it going towards vaccines

Last month it emerged that the Government had squandered more than £1.2 billion tackling swine flu – most of it going towards vaccines following experts’ dire predictions that as many as 65,000 Britons would die.

In fact the virus claimed just 457 lives – a third of those killed every year by ordinary seasonal flu.

But today it emerged that many of the scientists on the WHO’s emergency panel had links with firms including GlaxoSmithKline, who made millions manufacturing swine flu vaccines.

It follows revelations by the Daily Mail earlier this year that more than half of the scientists advising the British Government’s own taskforce on the pandemic had links to drugs giants.

One of the 15 scientists advising the WHO was British professor Neil Ferguson – who last year warned the pandemic would be so bad all schools would need to close.

It has since emerged that Professor Ferguson had acted as a consultant for Roche, who makes Tamiflu, as well as GSK Biologicals until 2007.

Professor Maria Zambon, who was also on the panel, from UK Health Protection Agency’s Centre for Infection, said she received funding from several vaccine makers, including Sanofi, Novartis, CSL, Baxter and GSK.

During the outbreak last year Professor Zambon warned that up to a third of school children in Britain had the virus without knowing as they did not have symptoms.

Meanwhile US professor Arnold Monto admitted he had done research for GlaxoSmithKline, Baxter, the two firms contracted to make the jabs, as well as Roche, which makes Tamiflu.

He had also done work for two other large firms Novartis and Sanofi Pasteur.

Critics warned that there was serious conflict of interest amongst these experts whose advice had led to the waste of vast sums of taxpayer’s money.

Labour MP Paul Flynn said: ‘A year ago, these experts told us the world was facing a grave health emergency.

‘On this occasion, regrettably, they got it wrong: their advice led WHO, the EU and national governments to vastly overrate the seriousness of the H1N1 epidemic, wasting large sums of public money and scaring the world unnecessarily.

‘With such conflicting pressures, we need to be absolutely certain that the advice of such experts is based on solid scientific evidence and is driven solely by the need to protect public health. The only way to do that is through total transparency.

‘When a future pandemic is declared, the public has a right to know, from the outset, who is recommending such a drastic step – as well as any links they may have to the pharmaceutical industry, which stands to profit from such a recommendation.’

Another expert Nancy Cox, from the US Centers for Disease Control, admitted she had received funding from the drugs industry group, the International Federation of Pharmaceutical Manufacturers and Associations (IFPMA) for flu vaccine research and work on viruses.

The panel were instrumental in advising the WHO to officially declare swine flu as the first pandemic in 40 years last June.

Earlier this year it emerged that 11 of the 20 members of the Scientific Advisory Group for Emergencies, which advised the British Government on swine flu, had done work for the pharmaceutical industry or were linked to it through their universities.

A spokesman for the WHO denied that the experts’ work gave rise to a conflict of interest.