A zoom panel discussion organised by Lindau, which included two other Nobel-prize winning scientists, provided Stanford biophysicist and Nobel Laureate Michael Levitt with a platform to vent his fury over the global scientific community’s flawed response to the Covid-19 pandemic, as he saw it.

In particular, he condemned Imperial College’s Neil Ferguson for failing to respond to his emails at the height of the crisis. He said that a flawed response had caused hundreds of billions of dollars’ worth of suffering and damage, that had disproportionately affected a younger generation, and which would not substantially alter the ultimate death toll.

One thing that strikes me is that once the virus moved from the China-Korea phase is how totally inadequate science structure is for real time science. People are insisting on refereed reports. No one wants to share anything. The scientists are more panicked and scared by reality than anybody else. The august organisations like Lindau, The Royal Society, The National Academy of Science, have been totally silent … As a group, scientists have failed the younger generation.

‘There should have been a committee formed’, he said, ‘either by the Nobel Foundation, by Lindau, by the Royal Society, or the National Academy of Science in the middle of February.’

The worst opposition I got was from very, very prominent scientists, who were so scared that the non-scientists would break quarantine and infect them. There was total panic, and the fact is that almost all the science we were hearing from organisations like the World Health Organisation, was wrong. We had Facebook censoring WHO-contrary views. This has been a disgraceful situation for science … We should have been talking to one another ..

Over the course of the pandemic, he said he was releasing reports openly, but all he go back was abuse. Nonetheless, he argued, everything he said in the first six weeks was true, but that ‘for political reasons, we as scientists, let our views be corrupted.’

He argued that ‘the data had very clear things to say. Nobody said to me: ‘let me check your numbers’. They all just said: ‘stop talking like that’.’

Levitt reserved particularly harsh comments for epidemiologists who he said:

see their job, not as getting things correct, but as preventing an epidemic. So therefore if they say it is 100-times worse than it’s going to be, then it’s ok. Their mistake was that we listened to them. They said the same thing for Ebola, they said the same thing for Bird Flu, no one shut down for them. We should never have listened to the epidemiologists. They have caused hundreds of billions of dollars’ worth of suffering and damage, mainly on the younger generation. This is going to be a tragedy. It’s going to make 9/11 look like a baby story. This is much, much worse. I am not against lockdown, I am against stupid lockdown, without considering the full picture, i.e. not just combating a virus, that is exactly as dangerous as flu, but also avoiding the economic damage, that every country has caused itself except Sweden. We have really, really failed as a group. There have been smart people in Sweden, and that’s about it. Germany is getting reinfected because they cut down too strongly. You know the level of stupidity that has been going on here has been amazing, and it just required a little bit of discussion of smart people. I am not saying I am right, but I would like people to contra me on the details.

He says that ‘simple logical assumptions’ such as the infection fatality rate ‘got discussed so slowly and so late,’ while, ‘we circled the wagons against this, and it really, really hurt us.’ 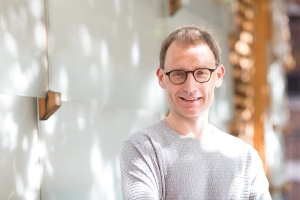 Neil Ferguson, he said, ignored his emails, and that the problem did not simply lie with a lack of communication with the public, but that scientists refused to listen to people not in their fields.

Scientists are getting away scot-free for causing billions of dollars’ worth of damage and this is something that cannot be allowed to happen. It’s not just the World Health Organisation. Ferguson wanted Sweden to lockdown, got Britain to lockdown, and when the numbers become normal, exactly what you would expect without lockdown. He then says, ah it’s because of lockdown. This is terrible science. This is science which should go on trial. Scientists cannot cause damage like this and refuse to listen. I really, really tried hard to get them to at least discuss this with me. In the end I said something I never say: whatever. Just leave me alone, go ahead and die. And the fact is that epidemiology and modelling has been a disgrace. They have not looked at the data. They have been wrong at every turn. We are going to see that although coronavirus is a different disease, the net impact of death is going to be very similar to severe flu and it’s going to be that way without lockdown.

Sweden is the only country that has done the right thing by heading for what they consider to be herd immunity. It occurs at 15%, not at 80%, another error that the epidemiologists made. Sweden is going to end up with about 600 deaths per million.