By STEPHEN ADAMS and HOLLY BANCROFT FOR THE MAIL ON SUNDAY

The number of prescriptions for a powerful sedative that can kill the frail doubled at the height of the coronavirus pandemic, raising fears it was used to control elderly residents in stretched care homes – or even to hasten their deaths.

Official figures show out-of-hospital prescribing of the drug midazolam increased by more than 100 per cent in April compared to previous months.

An anti-euthanasia campaigner last night said he suspected that the spike was evidence that many people had been put on end-of-life protocols or ‘pathways’.

Whistleblowers also claimed to have witnessed misuse of sedatives, with staff told to give them to dementia patients to stop them wandering the corridors. 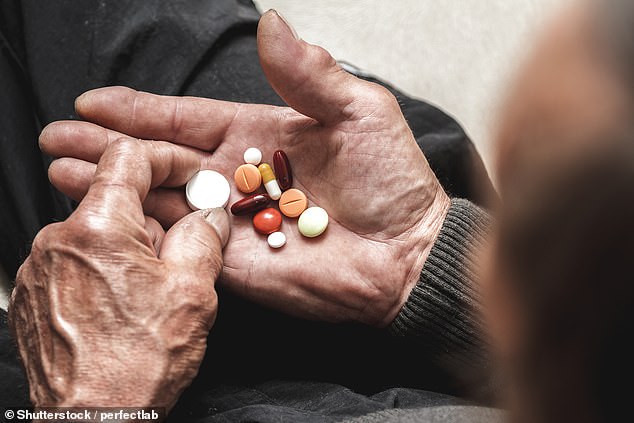 Pictured: Stock photo of an elderly man holding pills. Official figures show out-of-hospital prescribing of the drug midazolam increased by more than 100 per cent in April compared to previous months

The claims are unverified and were last night vigorously disputed by the Association for Palliative Medicine, which said that there were good reasons for the increase. Over the past five years, about 15,000 prescriptions for midazolam to be used outside of hospital have been written each month in England. In April, 38,582 prescriptions were made – more than twice the February figure.

Retired neurologist Professor Patrick Pullicino, who was instrumental in raising concerns a decade ago that the Liverpool Care Pathway was bringing forward patients’ deaths, believes the jump indicated something similar had happened. He said: ‘Midazolam depresses respiration and it hastens death. It changes end-of-life care into euthanasia.’

Prof Pullicino also claims that an official flow-chart intended to help health workers decide if people sick with Covid-19 were suitable for intensive care wrongly consigned those deemed too frail to end-of-life care.

That meant, he suggested, that some were not taken to hospital even though they could have been helped by doing so.

‘Certainly there have been more [unavoidable] deaths because of Covid-19,’ he claimed. ‘But to me this flow-chart encouraged use of end-of-life sedation with midazolam – effectively resulting in euthanasia pathways.’ 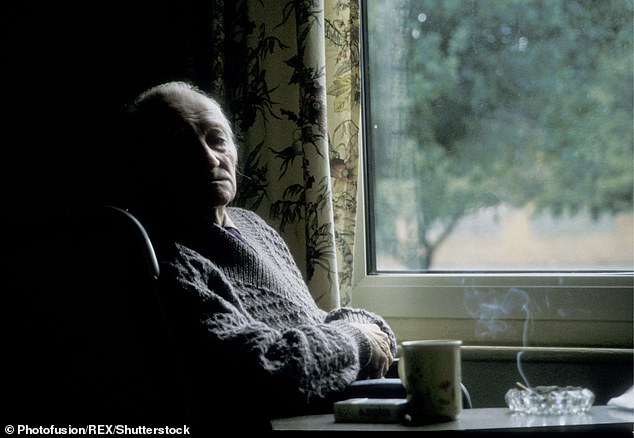 Pictured: Stock photo of an elderly man in a wheelchair in a residential home. Retired neurologist Professor Patrick Pullicino, who was instrumental in raising concerns a decade ago that the Liverpool Care Pathway was bringing forward patients’ deaths, believes the jump indicated something similar had happened

Midazolam is similar to diazepam – better known as Valium – but twice as powerful. It reduces anxiety, relaxes muscles and, if enough is given, provides ‘total sedation’ for dying patients in extreme pain or distress.

On its own and if used with painkilling opiates, it can depress breathing, which is potentially fatal. Eileen Chubb, of the charity Compassion in Care, said a number of care-home workers had told her sedatives were used too freely during the pandemic, adding that some staff were under the ‘definite impression’ that very sick care-home residents should not be sent to hospital.

But Dr Amy Proffitt, of the Association for Palliative Medicine, said: ‘I absolutely do not believe that there have been cases of euthanasia in care homes related to Covid-19.’

She said a rise in the use of midazolam was to be expected because the drug would have been an obvious choice to give to those with problems breathing, a symptom of coronavirus.

‘I can understand why people are raising concerns, but when prescribed and used appropriately, midazolam will not hasten or prolong someone’s death – it will just give comfort,’ she added.