By JAMES GANT FOR MAILONLINE

In a bizarre comparison, she said Britons never used to wear seat belts in cars or ‘pick up dog poo in the park’ but learned to over time.

It comes as the country waits with bated breath to see if Boris Johnson will stick to his roadmap and launch ‘Freedom Day’ on June 21.

The PM could implement a ‘mix and match’ unlocking, with face masks, work from home guidance and the rule of six indoors likely to still be mandatory.

But in a boost for young couples there were reports the 30-guest cap on weddings may be shelved.

Professor Michie told Channel 5 News: ‘Vaccines are a really important part of the pandemic control but it’s only one part.

‘That is the behaviour of social distancing, of when you’re indoors making sure there’s good ventilation and hand and surface hygiene.

She was cut off by presenter Claudia-Liza Armah who asked her: ‘When you say the long term, what do you mean by that – how long?’

Professor Michie replied: ‘I think forever, to some extent.’ Both the host and the professor laugh at the bizarre suggestion.

Later in the programme she was asked if she realistically thought people could continue to live with masks and social distancing.

She said: ‘I think there’s lots of different behaviours we’ve changed in our lives. We now routinely wear seat belts, we didn’t use to.

‘We now routinely pick up dog poo in the park, we didn’t use to. When people see that there is a threat and there is something they can do to reduce that… themselves, their loved ones and their communities, what we see now over this last year is people do that.

‘It’s not going to be a huge big deal the kind of changes we’re talking about and I think we also need to think about the way we plan our cities, our transport our lifestyles.

‘Instead of going back to huge long commutes, have more local working hubs where people don’t have to travel so much – good not only for the health, but there environment.’ 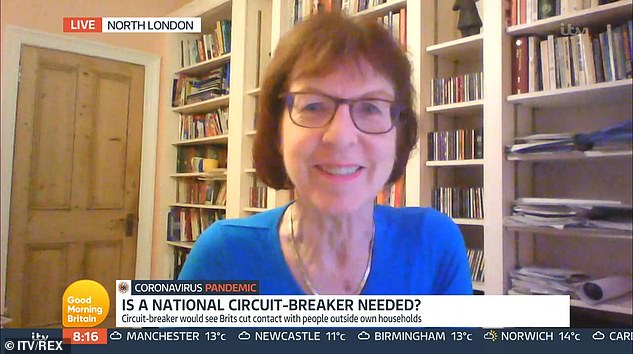 Professor Michie, whose first husband was Andrew Murray, once a key adviser to Jeremy Corbyn, has been a common sight on TV during the crisis 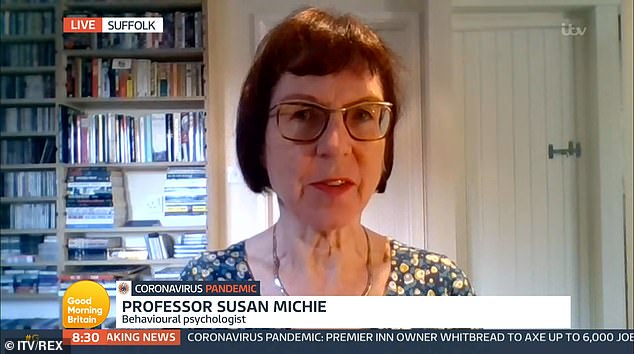 Professor Michie, whose first husband was Andrew Murray, once a key adviser to Jeremy Corbyn, has been a common sight on TV during the crisis.

She is a member of the Communist Party of Britain and is said to be dedicated to establishing a new socialist order in the country.

Dubbed Stalin’s nanny when she was a student at Oxford, she is usually coy about her revolutionary politics.

But just before the first lockdown last year she responded to someone praising China’s extreme measures of in dealing with coronavirus.

She tweeted: ‘China has a socialist, collective system (whatever criticisms people may have) not an individualistic, consumer-oriented, profit-driven society badly damaged by 20 years of failed neoliberal economic policies. #LearntLessons.’

The PM said yesterday ‘everybody can see cases and hospitalisations are going up’ and gave the strongest hint yet the much-anticipated milestone will be pushed back.

No10’s top scientists fear the mutant strain may be 60 per cent more transmissible than the Kent version.

And SAGE modellers fear it will trigger a ‘substantial’ third wave — despite three-quarters of adults having been vaccinated.

Boris Johnson (left) is expected to announce his decision about June 21 by Monday at the latest. Professor Neil Ferguson (right) warned it will be ‘two to three weeks’ until SAGE can work out how dangerous the Indian variant is, dealing a killer blows to hopes of lockdown ending

Despite fears over plans for the final unlocking and intensifying calls to delay it by up to four weeks, ministers are hopeful they can relax some curbs from later this month.

A senior Government source told the FT: ‘A mix-and-match approach is probably on the cards, given the limited number of levers left.’

Officials are working to find a solution that ‘pleases the PM’s instincts’, according to one minister. But the hybrid approach would be ‘very difficult’ to put in place.

It could include lifting the current 30-person limit on weddings and receptions and allowing greater crowds to attend ceremonies.

Bar mitzvahs and christenings are also set to be boosted under the proposals and while socially distanced tables would not be required, guests may be urged to be ‘cautious’ about contact with other households, reports the Times.

Current guidelines suggest those attending bashes only participate in the first dance and wear masks at all times unless eating or drinking.

But under the new rules, people will be advised to assess the risk of hugging others themselves. 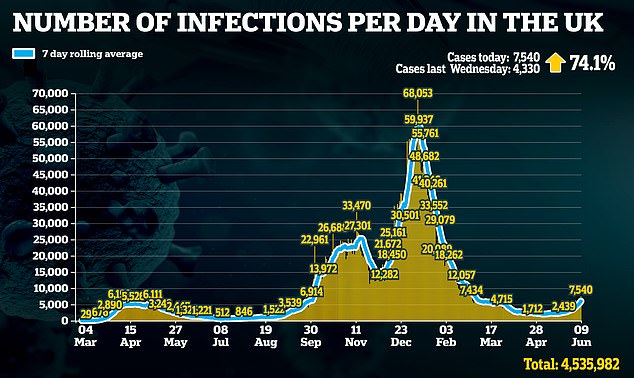 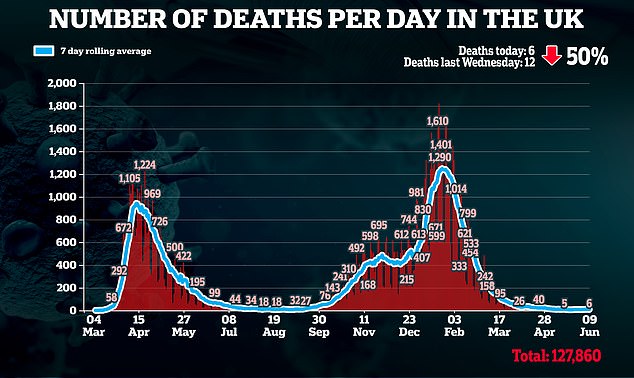 A government source said: ‘It’s been tough on the sector. If you’ve got stadiums full of people, why can’t weddings go ahead with more than 30 people?’

Mr Johnson softened his lockdown-ending stance yesterday in Cornwall ahead of the G7 summit.

He admitted there were now ‘arguments’ on both sides of the restrictions-easing debate. The PM repeated his pledge that No10 ‘will be driven by the data’.

But just hours before his comments, top SAGE adviser ‘Professor Lockdown’ Neil Ferguson dealt another blow to hopes of Freedom Day going ahead.

The Imperial College London epidemiologist warned it would take up to another three weeks for scientists to get enough data to accurately work out how dangerous the Indian variant is and how bad the third wave will be.

He added there was a risk of a ‘substantial third wave but we cannot be definitive about the scale of that’.

The chance scientific advisers, ministers and Mr Johnson — who committed to following the science and ‘not dates’ — will sign off on June 21 without the most accurate modelling is slim.

Britain recorded another 7,540 positive tests yesterday in the biggest week-on-week spike since February, with the mutant variant blamed for spiralling cases.