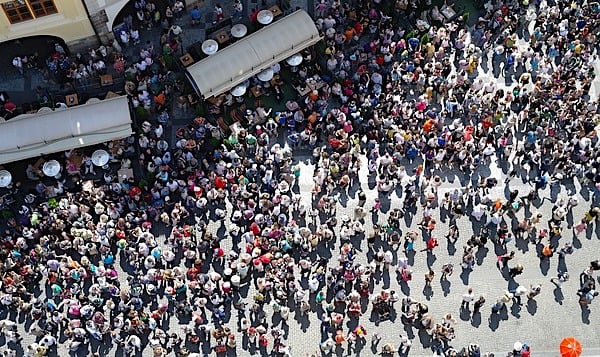 (Image by Nemo Jo from Pixabay)

A citywide initiative in Mexico City to prescribe ivermectin to COVID-19 patients resulted in a plunge in hospitalizations and deaths, two studies found.

Hospitalizations were down by as much as 76%, according to research by the Mexican Digital Agency for Public Innovation, Mexico’s Ministry of Health and the Mexican Social Security Institute, according to a TrialSiteNews report highlighted by LifeSiteNews.

Earlier this month, as WND reported, a significant decrease in cases in India coincided with the national health ministry’s promotion of ivermectin and hydroxychloroquine treatments.

In Mexico City, after a spike in cases in December, the city’s Ministry of Health created a home-treatment kit for residents. The city’s metro population is 22 million.

TRENDING: ‘We’re sick of it’: Businesses refuse to pay taxes after police defunded

At the time, the head of the Mexico City Ministry of Health, Oliva López, said told reporters her agency had determined “that there is enough evidence to use in people positive for SARS-CoV-2, even without symptoms, some drugs such as ivermectin and azithromycin.”

Beginning Dec. 29, people who tested positive for COVID from an antigen test and who were experiencing at least mild symptoms began receiving one of the government’s ivermectin-based treatment kits, TrialSiteNews reported.

The Mexican government then began a study to track the impact of the early treatment of COVID with ivermectin on the city’s population.

The study tracked 200,000 people, dividing in two cohorts — those who received ivermectin and those who did not.Are governments preventing the public from getting treatments that actually help defeat COVID?Yes No  Completing this poll entitles you to WND news updates free of charge. You may opt out at anytime. You also agree to our Privacy Policy and Terms of Use.

Through a phone-call-based monitoring system and hospital data on admissions for COVID-19, the researchers found a reduction of between 52% and 76% in hospitalizations for those who took ivermectin compared to those who did not.

He found that excess deaths in the city dropped sharply only a few weeks after the ivermectin treatments began.

Chamie-Quintero also conducted a study in Peru, where the government approved ivermectin as a treatment for the virus in May 2020.

In the 24 Peruvian states that adopted early use of ivermectin treatment, excess deaths plummeted on average by 59% just 30 days after the peak death rate. And it had dropped 75% after 45 days in those over 60 years old.

Worldwide, more than 50 peer-reviewed studies have shown the effectiveness of ivermectin as a treatment and prophylaxis against COVID-19.

The study concluded that “the many examples of ivermectin distribution campaigns leading to rapid population-wide decreases in morbidity and mortality indicate that an oral agent effective in all phases of COVID-19 has been identified.”

In February, a peer-reviewed study found that invermectin reduces coronavirus infections, hospitalizations and deaths by about 75%.

Ivermectin, in more than 30 trials around the world, causes “repeated, consistent, large magnitude improvements in clinical outcomes’ at all stages of the disease,” according to the study, which was published in the U.S. American Journal of Therapeutics.

The evidence is so strong, the researchers believe, the anti-parasitic drug should become a standard therapy everywhere, hastening global recovery.

“The data is overwhelming – we are in a pandemic, and this is an incredibly effective way to combat it. If we use ivermectin widely, our societies can open up,” said study co-author Professor Paul Marik, director of emergency and pulmonary care at Eastern Virginia Medical School.

‘Inaction in front of mounting evidence’

Dr. Pierre Kory, the chief medical officer of the Front Line Covid-19 Critical Care Alliance, is known for his congressional testimony about the effectiveness of ivermectin. In a live Zoom conference May 13, he showed the promising data from various states in India in the two weeks after ivermectin was promoted.

See Kory’s presentation: (this video was removed by Youtube, you don’t have the right on Youtube to show anything else that work against covid-19 than vaccines.)

In a Senate hearing in December, Kory presented evidence that ivermectin prevents infection and saves lives.

“Although we, like many, are extremely encouraged by the apparent successes in developing effective vaccines, we also are dismayed at the near complete absence of guidance and research on effective early, at-home, or preventative treatment options apart from vaccines, a reality we find unconscionable,” he said in his statement.

Kory said he and his colleagues are “worried that if our call to action is not followed through, confidence in our health care leaders and agencies will be irreparably tarnished.”

“Inaction in front of mounting evidence of safety and effectiveness during a catastrophic pandemic may also compromise widespread vaccination support,” he warned.

“We will look back to the impact that actions versus inaction had on the U.S. and the globe two months from now,” Kory said. “If we do nothing, the present trend will continue. History will judge.”

See testimony of a life saved by ivermectin:

Dr. Harvey Risch, a professor of epidemiology at the Yale School of Public Health and Yale School of Medicine, is one of many health experts who decry the politicization of COVID-19 treatments such as ivermectin and hydroxychloroquine.

“You can hardly believe what anybody says anymore,” Risch said in an interview in December with Fox News’ Laura Ingraham. “We’ve lost 300,000 lives in the United States because our government has basic told everyone to go home, stay home, and if you can’t breathe, go to the hospital.”

That’s not a form of treatment, he said, “it’s what we call therapeutic nihilism.”

He said the federal government, through the FDA, CDC and National Institutes of Health, have misrepresented the benefits of the drugs.

“These are drugs that everywhere else in the world they are being used very effectively,” he said.

Risch contends the COVID-19 mortality rate is five times lower in the Third World “because that’s all they can afford to do.”

“And we’re here twiddling our thumbs and telling everyone to stay home. It’s absurd,” he said.